It certainly was  a Happy Time . ♫

Their first HIT was Crossfire Hurricane !

As you can see, this release was treated as a cash cow from the onset.

( BLUE Colored words are links to other related pages ) 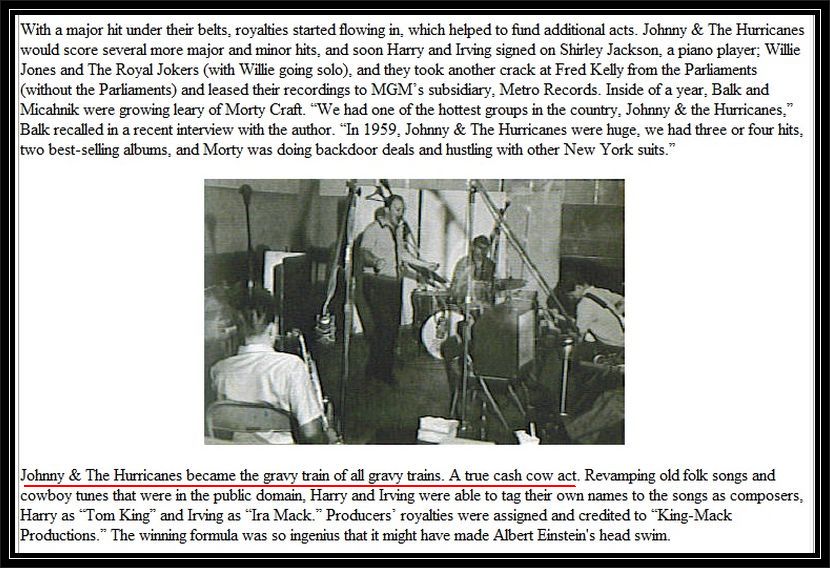 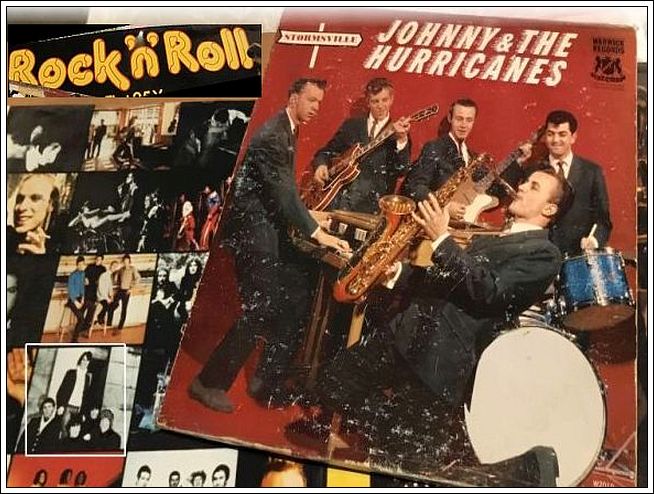 Wikipedia has the downlow… 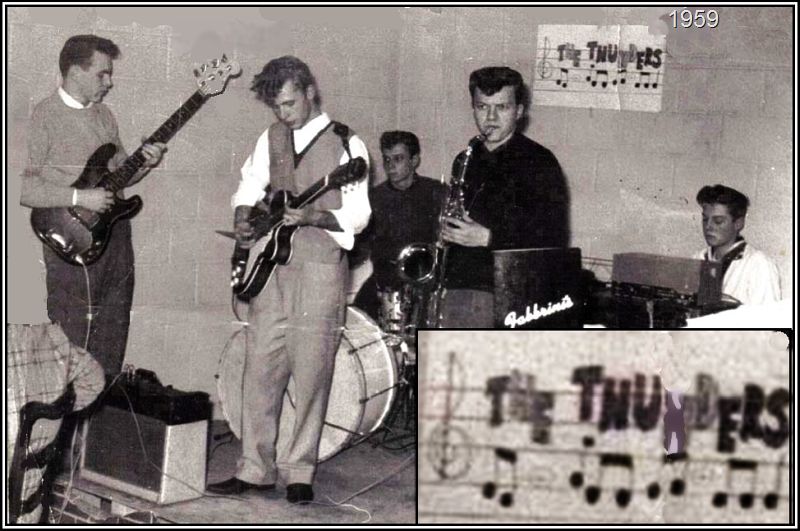 Here are two tracks we got from Conatser/Young. During his time in the Army (1958) Carl had the idea for this Reveille Rock. He wrote Beatnik Fly on behalf of Ramal / Balk.
Carl Conaster wrote Buckeye, Bam Boo and arranged together with Bill Ramal the organ sound for Reveille Rock, Beatnik Fly and Revival. He recorded Reveille Rock and Beatnik Fly at first with his band 1959
Bill Ramal was the arranger of Johnny and the Hurricanes, he used for the recordings a lot of studio musicians. He yelled on Reveille Rock: Alright you guys rise and shine. He played also the sax.
Bill Ramal told us, “Carl had the idea for a real rocking organ instrumental. He used ‘Reveille’ and ‘Blue Tail Fly’. ”    B. Young

I received 4 songs that were studio session rejects. All four were different. Like an original artist’s rendering, some things are real apparent. Long rides, lead parts inferior, coming in at wrong times and muffing notes. The guys said their fingers were sore and bleeding after long hours of recording. Been there… done that. After analyzing the songs, its hard to perceive when and where the studio musicians were involved. I guess only the guys who were there can tell us. The original musicians, still on this side of the grass, are Paul Tesluk and Don Staczek. I can’t get hold of them probably because they don’t want to be bothered with it all. Dave Yorko always shied away from the public. Future generations will have to analyze the songs and make it a quest to delineate the many musicians and instruments involved. I have here an example of song #2.

I use this great, free program to view any music and make changes. There’s a learning curve but there are many, many tutorials out there.
https://manual.audacityteam.org/index.html# 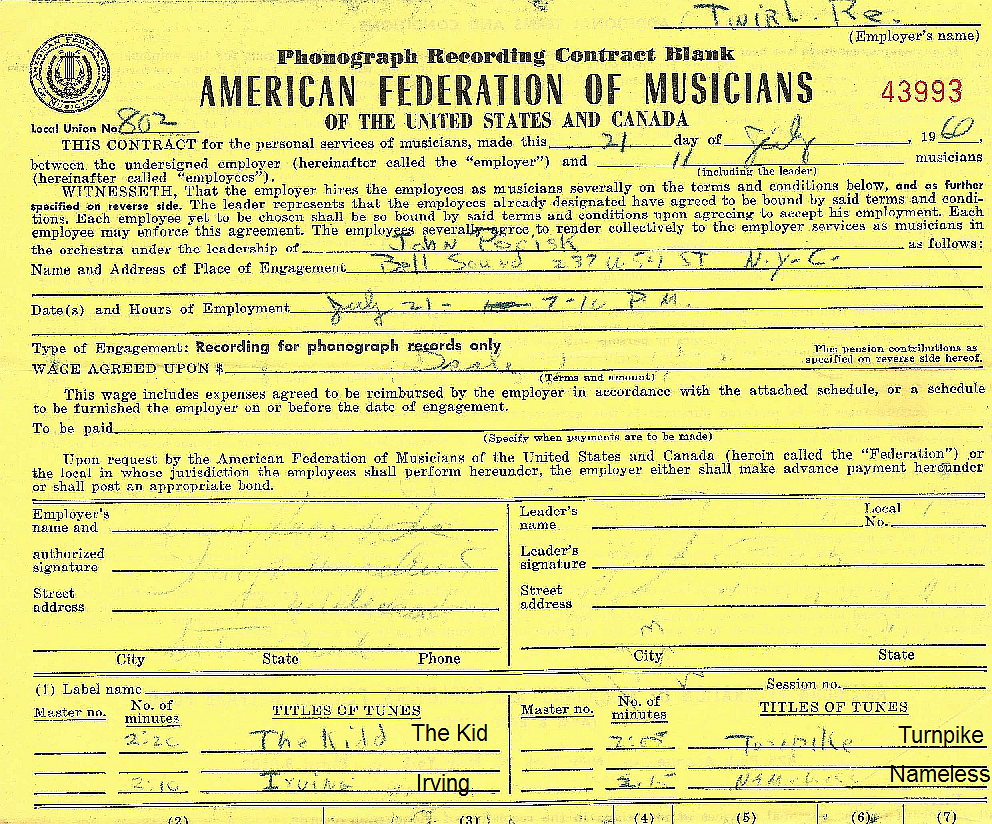 And this… is Irving,  Johnny and the Hurricanes’ manager 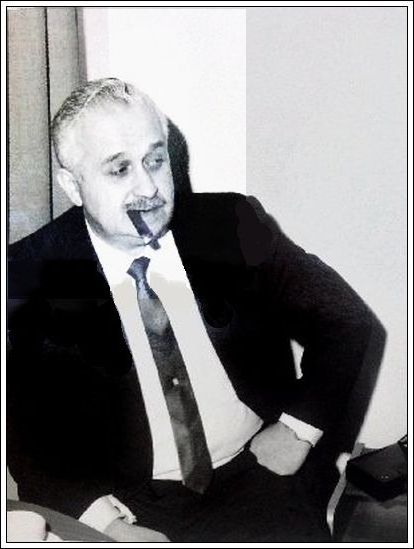 Ray Whelan gets invited to the Berliner club.

Johnny gets interviewed at a Radio Hamburg show.

Lots of illegal bootlegs were keeping Johnny and the Hurricanes music, and videos, off the internet.  Sonja Reuter Pocisk, Johnny’s widow, explained that to me. Of course, if this money belonged to anyone it belonged to Johnny. He fought for those rights fiercely, from early on. It was disparaging to see the recordings all disappear from the net but it had to be….

You Are My Sunshine … Johnny and the Hurricanes were one of the first Rock and Roll instrumental groups to work with the New York Philharmonic Orchestra. This is an example of what can happen to a five piece band….with real ‘Oomph’ behind it !

This is the best grouping for the earliest and biggest set… 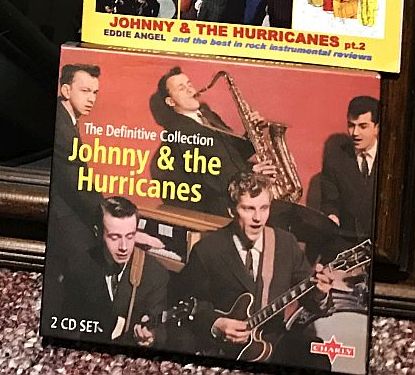 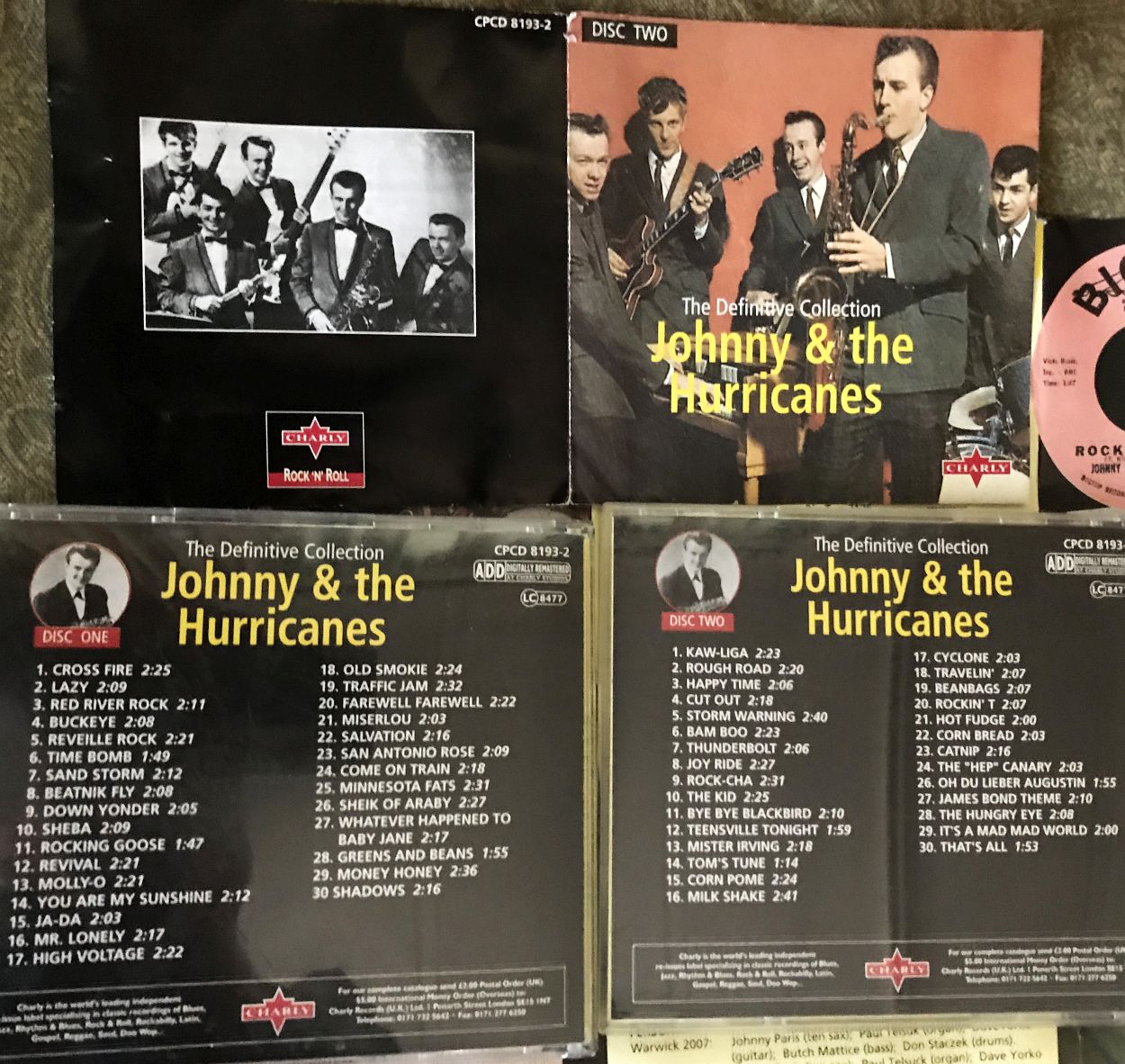 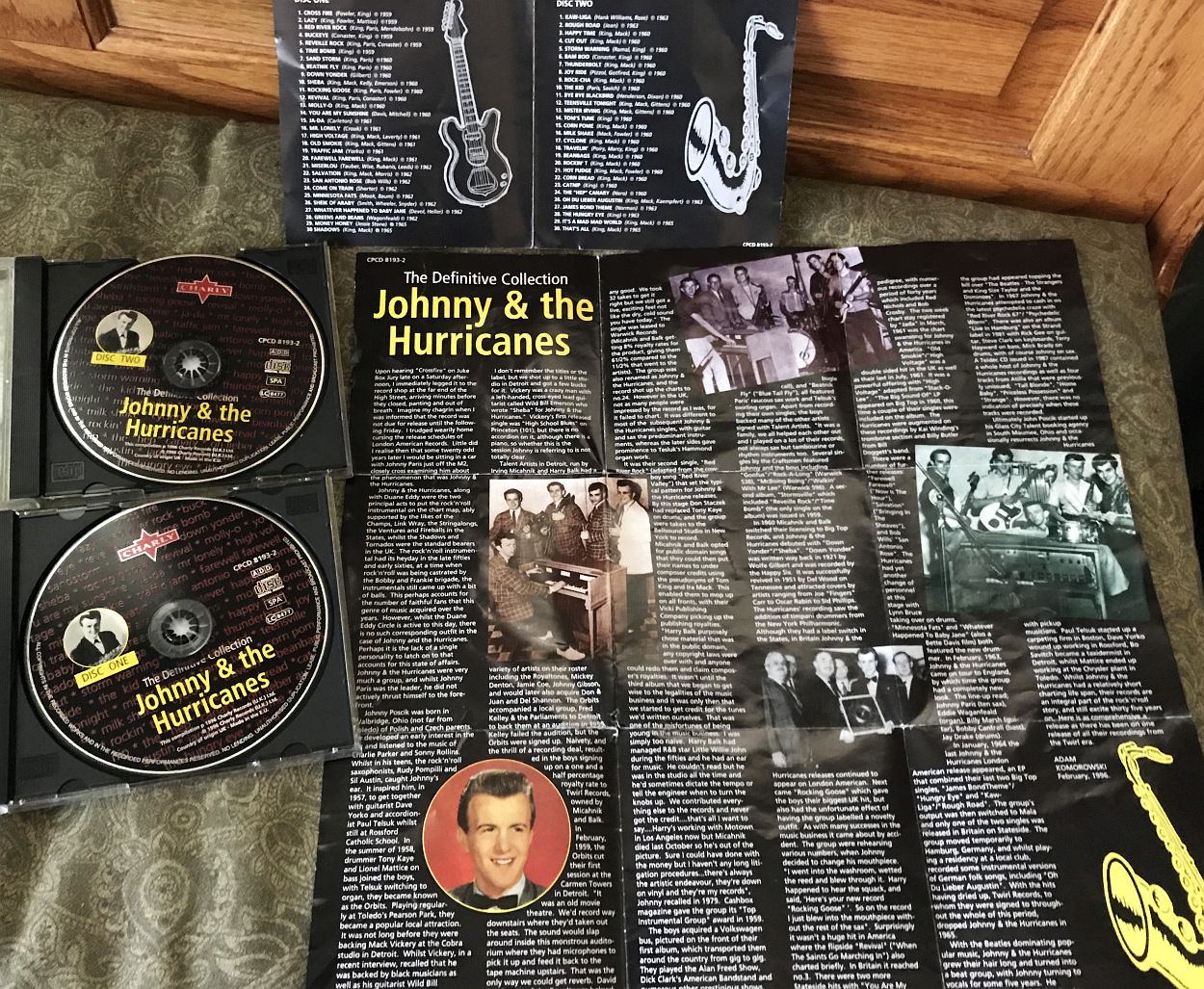 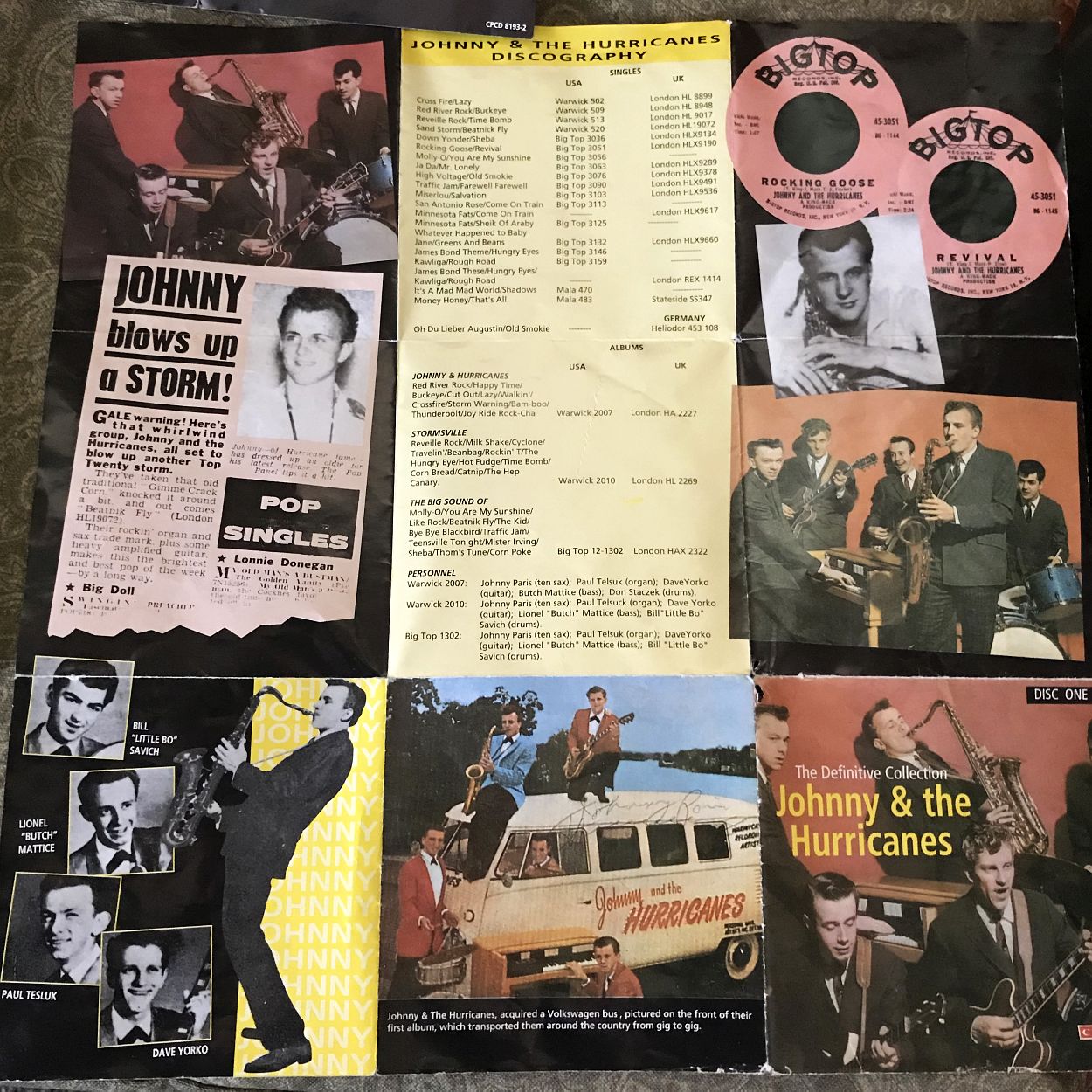 The Kid and Mister Irving

Don Staczek, Original Drummer for  Johnny and the Hurricanes, 1959 remembers these recordings, in particular…

Pictured below, left, is Eddie Waganfeald. He was really talented on those black and whites… Here he wails on an organ lead.

Here you see Bobby Cantrall using the same mic as John Lennon, just hours before the Beatles’ last gig at the Star Club ! 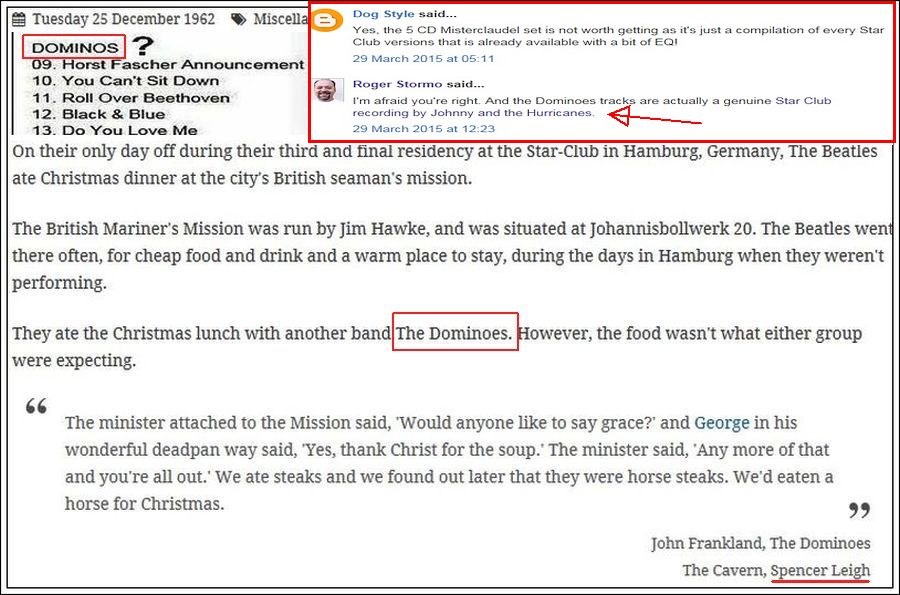 No Dominoes in this line up !

The next Hamburg Live album was done, and this is a song sung by me. I had only done it about 4 times but the audiences wanted to hear it ” NOW ” ! 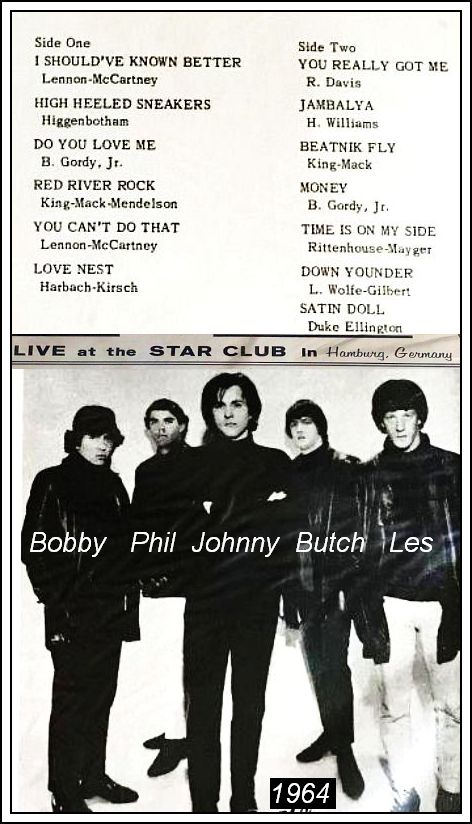 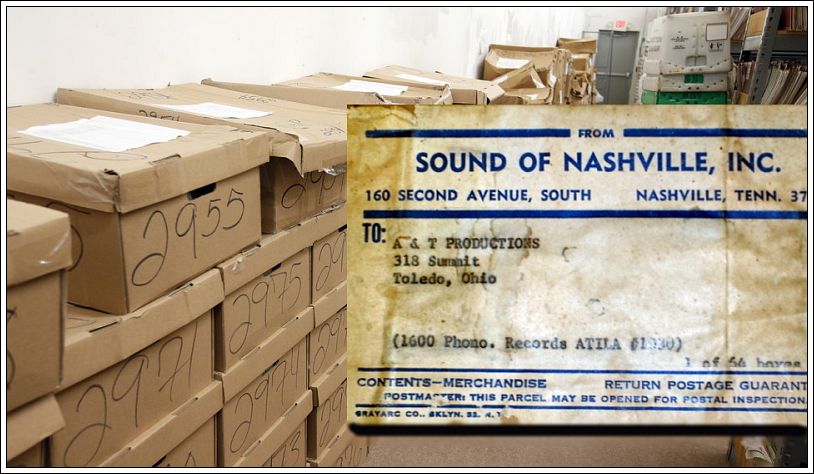 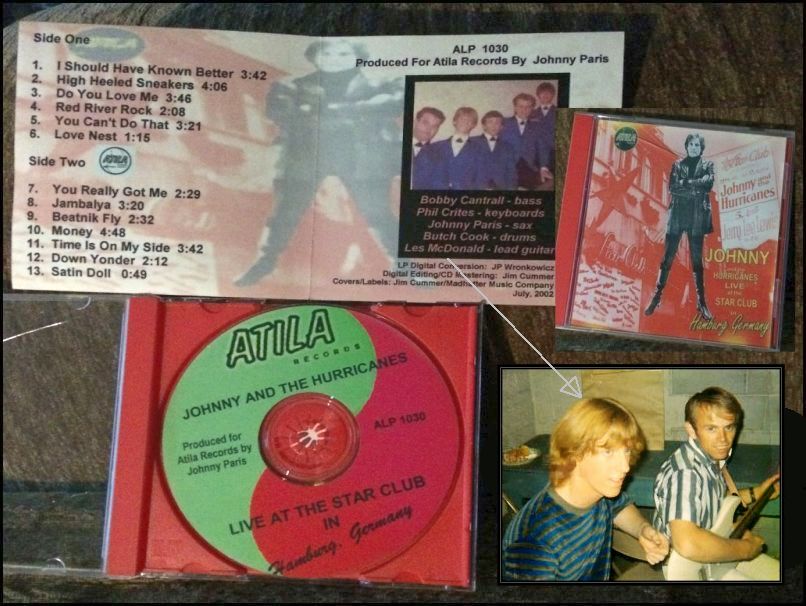 Ace has this CD set for sale here

Those same guys recorded the 45’s seen below…. I wrote Judys Moody and was over-dubbed on the beginning with Johnny’s singing. He knew that if it became a hit he surely did not want my personal voice on the release. This was a book series, USA, that was a neat coincidence…

Seems funny that a song called Walk Away Renée came out the very same year that we put out our recording called Rene…. I’m reminded that Johnny’s manager said he would ruin him if he didn’t re-sign his contract… 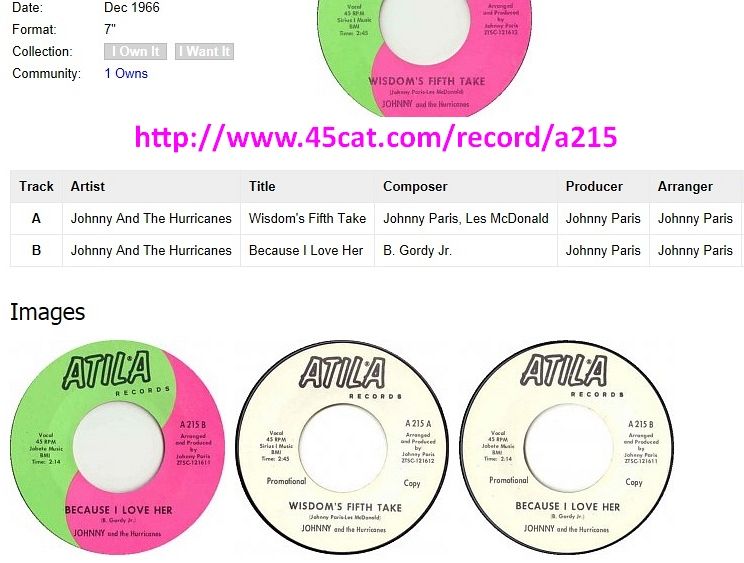 Because I love Her was recorded by this group in Chicago. I did not know it was released.(Seriously though… I had nothing to do with Wisdom’s Fifth Take.) I wrote and sang on Tall, Blonde and Mine. No credits though.

I was always hoping to become a successful song writer and see my name on an actual record. Here are a few few songs I wrote.

I admit… I really miss my old Stratocaster… It was my first electric guitar.

I miss Rock and Roll !

There are quite a few Hamburg 1030 albums with surprises inside. Some have this insert. 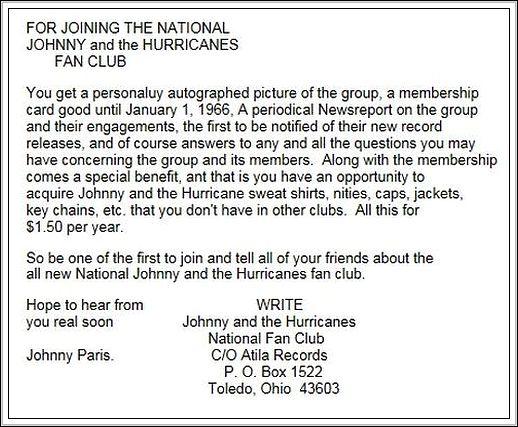 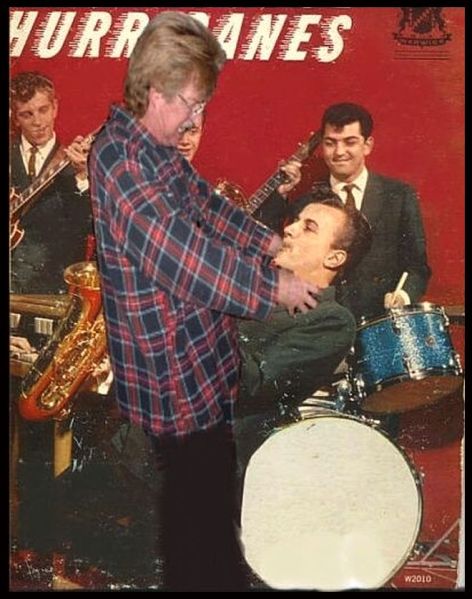